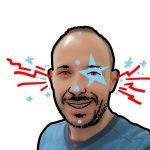 Asier Vallejo Ruiz was born in Vitoria-Gasteiz in 1980. BSc in Chemistry and after his PhD, since 2011, he is lecturer/researcher in the Department of Analytical Chemistry of the Faculty of Pharmacy at the UPV/EHU. In the last years, he has been working on environmental and archaeological areas, developing new analytical methods and looking for new biomarkers which can better describe History. In 2015, he was named principal editor of EKAIA journal, scientific divulgation journal in Basque.

Football (he was a coach for many years) and cooking are other of his passions but today, he has not too much time for them, because he invests his time in his last and greatest project, his daughter and son.