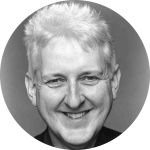 Tracing your Creative Tree (in English)

Have you ever wondered who influenced your creative life? In this workshop you’ll learn how to trace your creative tree.
Ned Hoste has been a professional designer since he was 15. If he could tell his 15 year-old self who he would eventually work with, he wouldn’t have believed it – and he still doesn’t.