The very first country I visited outside of North America was Spain. I was 27. My first passport, ever, arrived in the mail just after my 26th birthday. Growing up in the USA, I thought European travel was exotic, with its old buildings and the languages flooding the streets.

During that summer trip to Spain, I ate my weight in olives. Real, honest to goodness olives — not the americanised flavourless version painted black. I fumbled around the countryside spouting sentences chock full of Spanish, French, and some kind of weird English with a Spanish accent. I loved my time in Spain.

I continued to travel around the world, adding places to my best loved list. I’d meet the occasional local in Thailand, England, and Italy. Funny thing is, it was 19 years after that first trip abroad, when I discovered what it felt like to have a truly lovely time in a place.

I was invited to speak at TEDxVitoriaGasteiz in 2016. I had spoken in public several times before, but this TEDx gig felt a bit intimidating. I was nervous. I was traveling to give a talk in a country that spoke a language I only barely understood, tasked with baring my soul for a crowd of people I assumed would be simply strangers.

To help me navigate this new experience, I engaged the help of a friend— who just happened to be a Hollywood actor. Several drafts later, he indoctrinated me into the fine art of communicating with an audience with a windy and cold rehearsal on the roof of a building. I was taught to trust myself and I suspect, relax. I was feeling like a young Jedi at the ripe old age of 46.

I landed in Bilbao and made the beautiful journey by car to Vitoria-Gasteiz. Cristina and the team at TEDx made me feel like a superstar, albeit a blushing one, as I saw my face plastered about town. I was introduced as a VIP in restaurants and bars. But, it was the most peculiar kind of stardom. The glamour of Hollywood was cleverly replaced by a genuine friendship vibe. I felt as if my best friends were taking care of me.

All of this settled my nerves, nearly. I still spent a lot of time in my room rehearsing my talk. I didn’t want to disappoint my new friends. 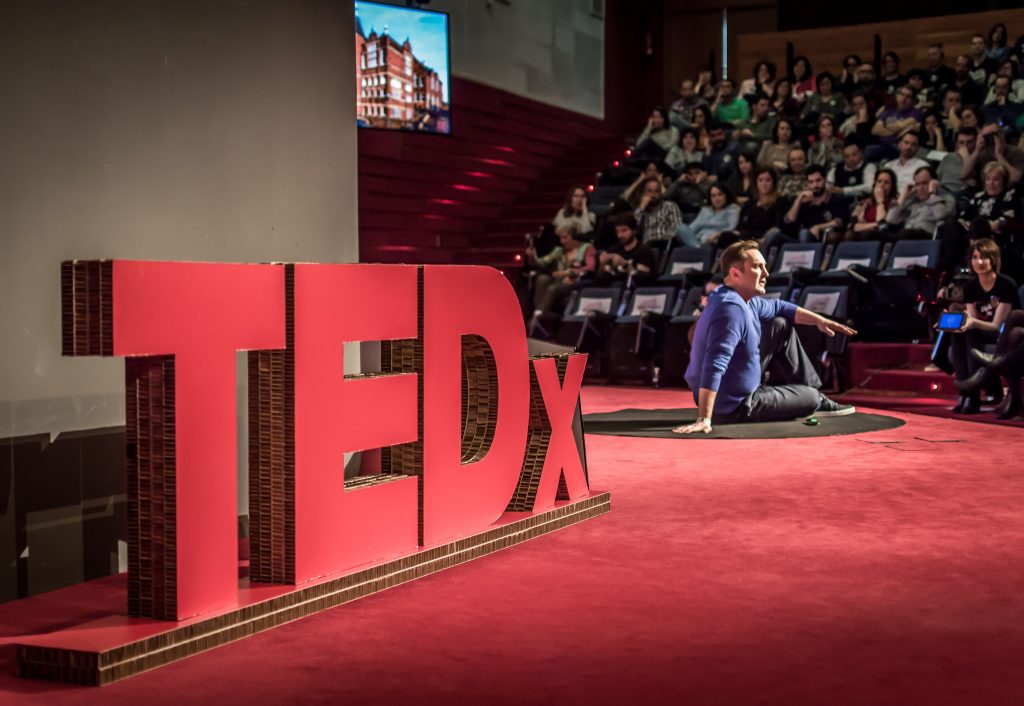 I felt energised despite the fact that I didn’t sleep much in the run up to my talk. My talk went well, excepting a bit of dry mouth lasting nearly 5 minutes into the performance. The words flowed out of me like cloth spouting from a magicians mouth. They just appeared, as if out of nowhere. And just like that, it was over.

The rest of the weekend was a blur of emotions ranging from relief to excitement to numbness. Looking back on that fabulous weekend of my first TEDx Talk, I guess I my only regret is that I didn’t spend more time, before my talk, enjoying the company of my new friends. I wish I’d arrived with all my rehearsals in the bag and let myself enjoy the new connections and ideas they spawned.

Not to worry, I made friends for life and learned, after a couple decades of travelling, what it meant to really love a place and its people. If you’re about to give a talk at TEDx, I have two pieces of advice for you; let yourself go and get immersed in the joy and love of all the TEDxers and, oh yeah, suck on a lemon before going on stage.

TEDxAlmendraMedieval–Shake it! Mix it! speaker.