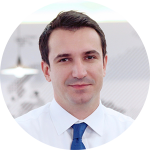 Born in1979, Erion Veliaj is an Albanian politician, who is currently serving as Mayor of Tirana. He is also Secretary for Youth and Emigration in the Socialist Party of Albania. He was elected Member of Parliament for the district of Gjirokastra, during the elections held in June 2013. From September 2013 – April 2015, Veliaj served as Minister of Social Welfare and Youth in the Cabinet of Prime Minister Edi Rama. During his term as Minister, he successfully drafted and implemented important reforms regarding pensions, employment, social welfare payments and professional education. Veliaj initiated the process of opening the files of the former State Security and reformed the compensation system for formerly politically persecuted people in Albania.

He obtained a B.A. in Political Sciences at the Grand Valley University, Michigan (U.S.) He also pursued postgraduate studies at the University of Sussex, receiving a Master’s Degree in European Integration. Prior to his return to Albania, Veliaj worked with several international humanitarian organizations in the Americas, Eastern Africa and Kosovo.

In 2003, he founded the movement MJAFT, a civic organization which unified activists to raise awareness and inspire the spirit of protest for diverse social, educational and political issues in Albania. MJAFT gained huge popularity as a youth movement that found striking and very creative ways of protesting, as opposed to the tasteless and often violent forms of civic engagement that were dominant in Albania before its inception. In 2004, MJAFT was granted the United Nations Award for Civil Society by Kofi Annan for its exemplary and highly efficient methods of protest. Erion Veliaj ran the movement until November 2007, when he joined Initiative for European Stability, a key organization in promoting EU enlargement towards Central and Eastern European countries. In 2011, he joined the Steering Committee of the Socialist Party of Albania, as Secretary for Youth and Emigration.

In September 2013, Veliaj was appointed Minister of Social Welfare and Youth, whose finances comprised 30 percent of the central government’s annual budget. In only a year and a half, the Ministry of Social Welfare and Youth successfully drafted and implemented five crucial reforms: pension reform, employment opportunities, social welfare payments, professional education, and the protection of formerly politically persecuted people.

In January 2016, the Municipality of Tirana, in cooperation with UNDP, organised its first ever Smart Cities Conference, where it presented 117 smart-city projects aimed at facilitating citizen life and providing for a more efficient delivery of services from the municipality.