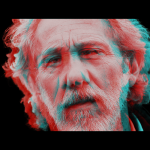 Born in Oviedo in 1960, this Asturian photojournalist was the first Spanish person to be awarded the Pulitzer Prize of Journalism in 1995 for his work in Ruanda.  He has also received other awards, such as Fotopres in 1988 and 1989, Conde de Godó 2001, Free Press 2002, Julio Fuentes of Journalism 2002, Journalism and Human Rights 2008, Castelar 2011, Human Rights Award in 2016 for his work “Seeking refuge for my children” and Revbela Prize of Communication and Research in 2019.

Founder and director of Periodismo Humano, online press focused on Human Rights since 2010.

He has worked for international agencies like Associated Press, Reuters and Staff, and he has also written for the New York Times, El País,, Magazine, La Vanguardia, Periodismo Humano, El Mundo, Geo, Univisión and the BBC among others.

He has covered the wars in Central America and the end of the 80s, the last years of Pinochet in power, the first Palestinian Intifada, the war in Bosnia and the Ruanda conflict. He has been documenting migration and refuge in Europe, Africa and Latin America since 1996. He has also written and made documentaries about Latin America, Africa and the Near East.

Associated Professor for IE University from 2014 to 2016 and Pompeu Fabra University in 2003. Guest Professor for different universities in Washington, Holland, Barcelona, Madrid, Cádiz, La Coruña, Seville, Córdoba, Alicante and Bilbao among others. Speaker and lecturer in seminars worldwide in public and private institutions since 1992.

He has been the director of the International Encounter of Photojurnalism in Gijón since 1997 and he wrote the Manifesto on Journalism and Human Rights in 2008.

His exhibitions have been seen in different cities such as New York, Madrid, Montevideo and Santiago de Chile.