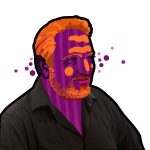 Alvaro’s professional career highlights two constants that also define him as a person: the periodic need to reinvent himself and the ability to combine working in different sectors at the same time.

He graduated in Information Science in 1988. As a journalist, we can highlight his freelance collaborations in magazines such as Quo or Fotogramas and his professional stage in the EITB group as a conductor of programs in Radio Vitoria.

In 1992 he finished the Specialization in Direction, Script, Production and Audiovisual Edition at the Image and New Technologies Center of Vitoria-Gasteiz. In this field we highlight his experience as head of figuration in several feature films, the last one in the movie “Vitoria 3 de marzo”

Since 2002, she has been working on a project of Citizen Participation and Equality of Opportunities. In these years he has launched several programs that, over time, have consolidated as municipal references. For example, Hiretu Hiria (education in participation) or Zure Auzoa Hobetuz (participatory budgets)

Álvaro has combined this professional career with other occupations and jobs that have opened him up to other fields such as music or culture. In the 90s he worked as a DJ in many clubs in our city. He has also run several summer catering establishments, from which he keeps the organization of concerts and cultural events. Today, his musical side is developed as a member of the Porversiones group.

Álvaro has also participated in various cultural associations in our city. In the 90s was a key piece in the refoundation of SAMA (Alava Society of Audiovisual Media). Since 2016 he is president and founding partner of APIA (Association Palomista Iradier de Álava) dedicated to preserving and making known the great habanera “La paloma” by our distinguished Alava composer Sebastian Iradier.